Are You Worthy of Trust? 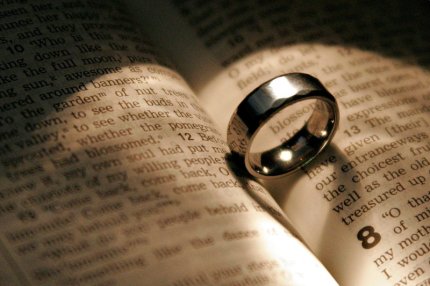 “People should think of us as servants of Christ, the ones God has trusted with His secrets. Now in this way those who are trusted with something valuable must show they are worthy of that trust.”

Have you ever really stopped to consider the fact that God has entrusted in you, as His servant, a great thing? He has trusted you with His Holy Spirit, His divine wisdom and knowledge, with blessings He showers upon you (even those day-to-day things you never really consider), and His truth. God trusts you, His ambassador, to live, walk, talk, breathe, and think as He has shown us through His Holy Scriptures. We are to radiate Christ in everything we do.

The Bible makes many a mention of adultery. When we read it, we oftentimes think of a husband and wife; have you ever thought of yourself and God? Is the ‘Body of Christ’ not His bride? And so in a sense, not only are you His child, but you are married to Him!

What happens when we give in to temptation from the other god of this world; the lesser god, Satan? I will tell you. The Bible clearly states that we cannot serve two masters, for we will either love the one and hate the other. So, when we live in any way like the world lives; when we have even the vaguest appearance of those who currently belong to the Kingdom of Satan, we are committing adultery against God! Yes, that’s correct; we are fornicating and adulterating spiritually!

For those of you who are married, if you went out today and committed adultery against your spouse, and they found out about it, how hurt do you think they would be even if it was just one time?  “IF” they forgave you, they would have to forgive you daily because they would be so hurt, they would have a hard time dealing with it mentally, emotionally, physically, spiritually–in every way. How many times do you think you’ve fornicated and adulterated against God? Too many times to count? Yet He still loves you and forgives you when you go to Him with a sincere heart and repent. Do you think you are earning His trust daily when you cheat God? Did you realize when you sin against someone else, or become angry with another, you are sinning directly against God because He has commanded us to love even our enemies?

So ask yourself this: am I a loyal spouse to my Lord? Do I tip-toe away at night, when it’s dark and I think I can’t be seen, and cheat on Him? Luke 8:17, “For nothing is hidden that will not be made manifest, nor is anything secret that will not be known and come to light.” You may be able to sneak around on your spouse and do something lustful or dishonest and hide it from them…for a while; but there’s not one moment you will escape the eyes of God! He even knows your thoughts before you do it! Proverbs 15:3, “The eyes of the LORD are in every place, beholding the evil and the good.”

Examine yourself. How are you living your life? Are you flirting with the enemy, or are you driving on passed him, completely ignoring his insipid bantering, keeping your sight totally fixed on Jesus Christ in the car ahead of you?

I tell you the truth today; we all must show that we are worthy of the trust God has so unselfishly given to us. Quit playing in the devil’s playground. Stop eating from the devil’s table. You can run, but you cannot hide! Look up! Quickly! Your redemption draweth night! There, do you see Him? I can hear the Shofar and the voice of Christ, “Ready or not! Here I come!” Better get yourself and your household in order…fast! Because, the old saying from the game of hide-n-seek everyone knows so well is true for all of us; whether we’re ready or not, He’s coming…and there isn’t very much time left to keep pondering your faithfulness to the One who made you to begin with–Adonai! God! The great I Am!

Are you going to continue sleeping with the enemy in a bed of spiritual adultery? Sounds harsh, but the truth be told, that’s exactly what we do every single time we look, act, think, and speak like the world.

Joshua 24:15, “But if serving the Lord seems undesirable to you, then choose for yourselves this day whom you will serve, whether the gods your ancestors served beyond the Euphrates, or the gods of the Amorites, in whose land you are living. But as for me and my household, we will serve the Lord.”

Lyn Leahz is a journalist, radio show producer and host, author, as well as contributor to numerous alternative media news and opinion sites including her own site, Freedom Nation News. Of particular note, Lyn’s YouTube channel reaches over 110,000 subscriptions, having become one of YouTube’s leading channels on the varied topics associated with “the last days”. For example: a recent interview with author and Christian radio personality, Benjamin Baruch, has garnered over 483,000 views! Her program covers a broad spectrum of subjects: End-times events, spiritual warfare, personal and national repentance, as well as breaking news that speaks to the fulfillment of Bible prophecy. Lyn’s ministry skyrocketed after completing her first Christian fiction end-times’ novel, Soul Deceiver, in 2011 (available through Thomas Nelson, Westbow Press Publishing Company). Aside from her YouTube channel, Lyn has two radio shows on Leading Edge Radio Network: (1) “Out of the Darkness”, co-hosted with Benjamin Baruch, and (2) “The Lyn and Lisa ‘When Conspiracy Becomes Reality Radio Show’” (with her co-host Lisa Haven). She has interviewed numerous famous personalities like Christian-political artist Jon McNaughton, Brent Baum and Bruce Hall, Producers of the Finding Noah Film, Brett Creamer (also featured on Rick Wiles’ TruNews radio broadcast),  Michael Snyder, author of the Economic Collapse Blog and End of the American Dream Website (recently featured on “The Jim Bakker Show”); as well as John Shorey, best selling author of The Window of the Lord’s Return, who has also been a frequent special guest on “The Jim Bakker Show” and “It’s Supernatural” produced by Sid Roth. She also has been featured in Prophecy In the News and will be speaking at the 2016 Prophecy In the News Annual Pike’s Peak Conference, as well as interviewing live on her youtube channel other prominent speakers attending the event. My websites: http://LynLeahz.com, http://freedomnationnews.com https://www.youtube.com/user/LynLeahz
View all posts by Lyn Leahz →
This entry was posted in CHRISTIAN FOUNDATIONS OF BELIEF, CHRISTIAN LIFE AND THE WORD, LAST DAYS, WONDERFUL WORDS OF LIFE and tagged Amorite, Bible, Christ, God, Holy Spirit, jesus, Jesus Christ, Lord, Religious text, satan. Bookmark the permalink.

6 Responses to Are You Worthy of Trust?