LENIN’S BIG FOUR – Dare we, for OUR cause?

Posted on November 5, 2012 by meetingintheclouds 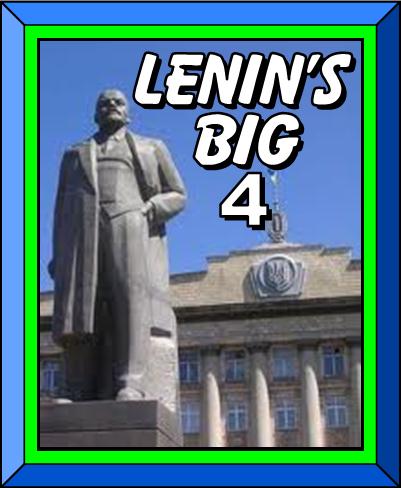 In London in the early 1900s, the Communist movement was only a handful of people, but in a short time it embraced over one third of the world population!

How did it grow so quickly?

There are possibly many reasons, but one major factor in its early growth was LENIN – Vladimir Ilyich Lenin born Vladimir Ilyich Ulyanov – a Russian communist revolutionary, politician and political theorist who served as the leader of the Russian SFSR from 1917, and then concurrently as Premier of the Soviet Union from 1922, until 1924.

As the leader of the Bolshevik faction of the Russian Social Democratic Labour Party, he took a senior role in orchestrating the October Revolution in 1917, which led to the overthrow of the Russian Provisional Government and the establishment of the Russian Socialist Federative Soviet Republic, the world’s first constitutionally socialist state.

With that type of commitment to the cause,
is it any wonder it grew so rapidly?

What would happen if every Christian
adopted the four “totals” to our “cause” – to the Lord Jesus Christ?

Is this too much to ask?
Is it possible?

It starts with each individual 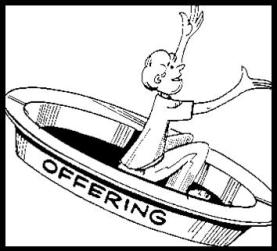 What does it involve?  It is like taking a blank sheet of paper, signing your name at the bottom, and giving it to the Lord to fill in the details.

As the offering plate came to a little girl at the end of a row, she took the plate, put it on the floor and stood in it.  When the usher asked what she was doing, she said, “I learned in Sunday School that God wants me to give myself to Him.”

Romans 12:1-2
I beseech you therefore, brethren, by the mercies of God,
that you present your bodies a living sacrifice,
holy, acceptable to God, which is your reasonable service.
And do not be conformed to this world,
but be transformed by the renewing of your mind,
that you may prove
what is that good and acceptable and perfect will of God.

Colossians 1:18
that in all things Christ may have the preeminence

Colossians 3:1-3
If then you were raised with Christ,
seek those things which are above,
where Christ is, sitting at the right hand of God.
Set your mind on things above, not on things on the earth.

Let earth no more my heart divide.
With Christ my self is crucified.
To Him my whole being I aspire,
Dead to the world and all its toys;
Its idle pomp and fading joys.
Be Thou alone my one desire!

Challenge:  Do we dare to take a blank sheet of paper, sign it at the bottom, and hand it to God, with a pledge of the four ‘totals’ to Him and His cause?

What difference in the life and behaviour would you expect to see?

I am Cloudwatcher, a 76 year old Christian lady, happily married to a wonderful man for over 50 years. We have five wonderful sons, all with at least one University degree and in top positions in their chosen fields. One son is still single but four have found perfect wives and they have given us five lovely grandchildren. I was born in England and while I'm proud of my English heritage, I am doubly proud to be a true-blue, fair-dinkum Aussie. My husband and I are committed Christians whose first priority is to love and serve our risen Saviour, the Lord Jesus Christ. My life story will tell of my journey from abuse to peace. I suffered 22 years of abuse, being constantly told I was totally evil and an ugly freak: no one would ever want me, so I might as well do the world a favour and kill myself.
View all posts by meetingintheclouds →
This entry was posted in A CLICK A BLESSING TODAY, CHRISTIAN LIFE AND THE WORD, CHRISTIAN TEENS BLOGS and tagged Bible, cause of Christ, Christian, Christianity, commitment, communism, Cross, death, discipleship, jesus, life, Lordship of Christ, Personal, sin. Bookmark the permalink.

8 Responses to LENIN’S BIG FOUR – Dare we, for OUR cause?