HE LIFTS US UP: Broken?? Redemption is available

The story of Ruth, is my focus today.

Widowed and broken, she had to choose her way. 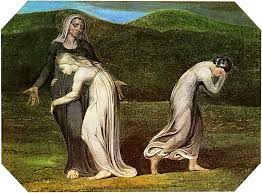 “Return to her family, with ungodly advice?

Or follow righteous Naomi, to start a new life.

“Her decision was made, with Naomi she would go,

Declaring to her, “wherever you go, I will go. 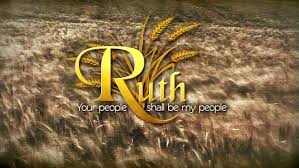 “Your people, will be my people.” was her decisive declaration.

“Your God, will be my God!” was her key to redemption.

For she chose God, turning from all her past.

And He blessed her, with a legacy that will last. 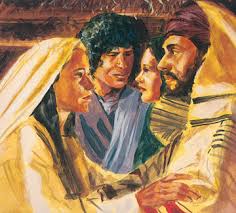 For Ruth met Boaz, and she became his wife.

And God blessed them, as they led a Godly life.

The story of Ruth was my focus today because like many of us, she was broken. She was a young widow. She lived with her mother-in-law, Naomi, who was also broken after losing her husband and 2 sons. Now, Ruth could have gone back to her family with all of their idols. But she chose to stay with Naomi, who was a woman of God. She chose God. She chose righteousness. She went to a foreign land and started all over again. Then God blessed her. He brought her a husband, Boaz. Then blessed them with a son, Obed. Their son later had Jesse who then later had David. David became King and God blessed this entire lineage as He chose to have His own Son born through King David’s family. The purpose of my story today is that there are many people out there today who have a choice. After a divorce or breakup, many chose the path of partying and bars and dating various people to find their next spouse. Others turn to God in their brokenness as Ruth did to wait on His blessings and allow Him to orchestrate their lives.

This is just something to think about. Which path did you chose in your brokenness??? It’s never too late to turn to God and let Him guide your path. He is always waiting with open arms for all of us and has our futures all planned out if we let Him.

“For I know the thoughts that I think toward you, says the Lord, thoughts of peace and not of evil, to give you a future and a hope.” (Jeremiah 29:11)

10 Responses to HE LIFTS US UP: Broken?? Redemption is available