Who We Were Meant To Be 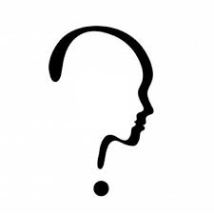 Who we were meant to be….

I love doing this.

I love writing and sharing my thoughts. But I feel the need  to take some time off so over the next few weeks I will be re-posting some of my favorites. So grab a cup of coffee or your favorite beverage and enjoy!

Have you ever thought about who you were meant to be? Our everyday lives, our failures and successes, disappointments and satisfaction tell us who we are, but is that who we were meant to be? Were we meant for something more?

I was sure I was meant to be a Beatle. I became a fan at age 12 when they first appeared on the Ed Sullivan show. I learned to play guitar while imitating my idols John Lennon and Paul McCartney and that was the beginning of a love affair with music that has lasted my entire life. I loved music and still do, and I was sure that was what I was meant to do. But time moved on, life took me in different directions and eventually the dream faded, other things took its place. But there are times I still think about what might have been… I’m not alone. Even those who have lived the dream wonder what it would be like to be someone else

“If I could be a fisherman I would. If I had the capabilities of being something other than what I am, I would. It’s no fun being an artist. You know what it’s like, writing, it’s torture”.  This quote from John Lennon in an interview years after the fame of being a Beatle makes it clear that he was still attempting to deal with his celebrity and who he was meant to be.*
I did not understand then what I was supposed to be because I did not understand what I was meant for.  Looking back I see three things that would have made my search for identity easier

We were meant to worship.-In the words of Bob Dylan “You got to serve somebody” And its true. It is in our DNA to worship. Most of my life my worship was reserved for me. My dreams, my career, my needs my wants. It may be the same for you, money, sex, power, sports or even music. All of the things we are told matter most. The truth is all these things make poor gods and they never deliver what they promise. We worship the things that are created instead of the Creator.

We were meant to have purpose- There is a purpose for your life? Do you believe that or do you believe life is just a series of random events? We were made by God for God, and our worship belongs to Him. When we begin to understand that the reason for our existence has something to do with His plan, and that we have a part, a role to play in it we find our purpose. All of us want to be part of something bigger than ourselves. That is why we join clubs, join teams, wear hats and jerseys of our favorite teams, form alliances. We want to be part of something. Would it surprise you to know that God planned a purpose for you long ago, before the world began? Consider these words in Ephesians 2:10 “For we are the product of His hand, heaven’s poetry etched on lives, created in the Anointed, Jesus, to accomplish the good works God arranged long ago.”

We were meant for eternity- Everyone if they will be honest sense that there is something more than this life. What if you realized that everyone you have ever known or will meet in the future is immortal? That a part of us will go on forever? Ecclesiastes 3:11 says “He has also set eternity in the human heart.”

I think of these words written by C. S. Lewis “It is a serious thing to live in a society of possible gods and goddesses, to remember that the dullest and most uninteresting person you talk to may one day be a creature which, if you saw it now, you would be strongly tempted to worship, or else a horror and a corruption such as you now meet, if at all, only in a nightmare”. Because we are made in God’s image and because He has come after us to rescue us and restore us to Himself, we are freed from all that keeps us from living as creatures who bask in God’s glory.

If this has spoken to you, remember it’s not too late to discover your purpose, pursue who you were meant to be.

“Now at last they were beginning chapter One of the great story no one on earth has read: which goes on forever”. I love this line at the end of the Last Battle by C.S. Lewis. Everyone has a story to tell and ultimately we are all part of a greater story that someday will be revealed in full. “ For now, we can only see a dim and blurry picture of things”. ( 1 Corinthians 13:12). My story is not remarkable, although the events I have had the privilege in my life to witness have been. I grew up in the south “the land of cotton” and the old times there were definitely not forgotten. I remember where I was and what I was doing when JFK and Martin Luther King were murdered in Dallas and in Memphis. I remember the Civil Rights movement, a time of great unrest and change. I remember the dawning of the “Age of Aquarius” in the late 1960’s. It was also the dawning of my love for playing music, a love that has stayed with me throughout my life. If my life were chapters in a book one would tell of my precious bride of 20+ years who endured so much and stood beside me through the good and the bad. One would describe the blessings of being a father and a grandfather. One would tell about how despite being “the wretch” the song sings about God was able to change me, and use me to make a difference in others lives, make me a servant in His church, and surround me with friends all because of His goodness. All part of a story that has had many twists and turns. I think of the words Jimmy Buffet wrote in one of my favorite songs "As a dreamer of dreams and a travelin’ man I have chalked up many a mile Read dozens of books about heroes and crooks And I learned much from both of their styles" And so it is true for me. But in all of my travels and all I have read and experienced nothing compares to where I am headed. The place where my story here ends and the story that goes on forever begins! "" I am confident that He who began a good work in you will carry it on until completion until the day He returns". Philippians 1:6 My hope is that as we all run our race that in some small way my words will encourage and speak to you, as your story is being written. And draw you ever closer to the One who loves you. Further up and further in!
View all posts by HCliffCraig.com →
This entry was posted in A CLICK A BLESSING TODAY, CHRISTIAN NUGGETS, CHRISTIAN TAGALOG BLOGS, CHRISTIAN URDU BLOGS, SHARING STRUGGLES , Shaping Spiritual Solutions! and tagged eternity, identity. Bookmark the permalink.

2 Responses to Who We Were Meant To Be