Encourage One Another-And Now Consider This 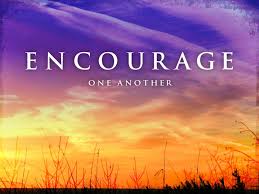 And now consider this. You know well the times you are living in.

It is time for you to wake up and see what is right before your eyes: Our salvation is nearer to us now than when we first believed. The darkness of night is dissolving as dawns light draws near, so walk out of your old dark life and put on the armor of light.   Letter to the church in Rome Chapter 13: 11-12

Do we understand the times we are living in? There are many similarities to Rome, the center of the known world at the time of Paul’s writing to the church, and the United States today.  Paul’s warning in chapter 13 spoken over 2000 years ago to a fledgling group of believers who had been touched by the power of the Gospel,  speaks to us today. He touches on major themes that we would do well to examine in our time.

Submitting to Authority: In the preceding verses of chapter 13 Paul talks about submitting to authority and that all authority ultimately comes from God v. 1 “God establishes all authority in heaven and on earth.” But it is meant that the power is entrusted to them by God; and that he has the authority to remove them when he pleases. If they abuse their power, however, they do it at their peril; and when so abused, the obligation to obey them ceases—** It is true that if we follow the truth of the gospel under the banner of Jesus we may find ourselves at odds with the powers that be.* It does not honor God, or serve His purpose if we go looking for a fight, but when the choice is forced upon us, we obey God rather than man Acts 4:19, 5:29.

Understand the times: The world as we know it is drawing to a close. Having an appreciation for the shortness and the value of time we  understand that in previous times we lived in darkness but God has revealed the Good News and brought us into the light. In view of 2 Peter 3:9 , we know God does not desire that any should perish.  There has never been a better time in the chaos, and darkness and sin of our world to share that light with others.

Live in the light: The darkness is dissolving as dawns light draws near, so walk out of your old dark life and put on the armor of light. In these times that we live our most effective weapon and protection is truth. Both in the way we live and what we believe. We cannot live as the world does and expect to be relevant to a culture that needs desperately to know His grace and forgiveness.

The night is nearly over, the day is almost here!

**Barnes’ Notes on the New Testament

“Now at last they were beginning chapter One of the great story no one on earth has read: which goes on forever”. I love this line at the end of the Last Battle by C.S. Lewis. Everyone has a story to tell and ultimately we are all part of a greater story that someday will be revealed in full. “ For now, we can only see a dim and blurry picture of things”. ( 1 Corinthians 13:12). My story is not remarkable, although the events I have had the privilege in my life to witness have been. I grew up in the south “the land of cotton” and the old times there were definitely not forgotten. I remember where I was and what I was doing when JFK and Martin Luther King were murdered in Dallas and in Memphis. I remember the Civil Rights movement, a time of great unrest and change. I remember the dawning of the “Age of Aquarius” in the late 1960’s. It was also the dawning of my love for playing music, a love that has stayed with me throughout my life. If my life were chapters in a book one would tell of my precious bride of 20+ years who endured so much and stood beside me through the good and the bad. One would describe the blessings of being a father and a grandfather. One would tell about how despite being “the wretch” the song sings about God was able to change me, and use me to make a difference in others lives, make me a servant in His church, and surround me with friends all because of His goodness. All part of a story that has had many twists and turns. I think of the words Jimmy Buffet wrote in one of my favorite songs "As a dreamer of dreams and a travelin’ man I have chalked up many a mile Read dozens of books about heroes and crooks And I learned much from both of their styles" And so it is true for me. But in all of my travels and all I have read and experienced nothing compares to where I am headed. The place where my story here ends and the story that goes on forever begins! "" I am confident that He who began a good work in you will carry it on until completion until the day He returns". Philippians 1:6 My hope is that as we all run our race that in some small way my words will encourage and speak to you, as your story is being written. And draw you ever closer to the One who loves you. Further up and further in!
View all posts by HCliffCraig.com →
This entry was posted in A CLICK A BLESSING TODAY, CHRISTIAN NUGGETS, CHRISTIAN TEENS BLOGS, Christian Teens Blogs - He is my Peace, Christian Teens Blogs - He is my Peace, Light and Refuge, CHRISTIAN URDU BLOGS, SHARING STRUGGLES, TAPESTRY TREASURES and tagged Romans 13, Understand the times. Bookmark the permalink.

3 Responses to Encourage One Another-And Now Consider This