#95 The psychology of faith in suffering for Christ 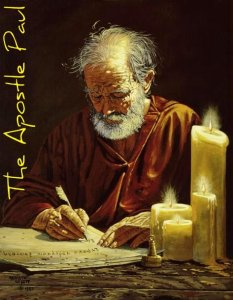 The history of all nations and cultures teach us that out of suffering have emerged the strongest souls who overcome and make progress for the betterment of their people, and sometimes, even the whole world. All of the massive characters in world history  were and are seared with scars, physical, emotional, mental and spiritual. It is the dying larvae which produces the soaring butterfly. It is the crushed grape that yields the wine. It is the broken alabaster box that reveals the perfume. Some cryptic prophet, profound in his inspiration said, “The wound is the place where the light enters.” Generally speaking, people are not prepared or able to rejoice in their suffering unless they experience in their thought processes and belief system, a huge biblical revolution of how they think and feel about the meaning of life. Human nature and Western culture make it well-nigh impossible to rejoice in suffering in any circumstance. To rejoice in suffering is a miracle in the human soul wrought by God Himself through His Word being engrafted into the spirit and the psyche of man. The apostles had been scourged and whipped in their flogging, and then the Bible makes us shudder when it tells us that the twelve came out, “rejoicing because they had been counted worthy of suffering public disgrace for the Name” (Acts 5:41). What on earth has happened to the thinking processes of men who respond like that to the worst kind of suffering?

To be the master over life’s sufferings is to be a skilled and crafted overcomer. Mind management is the first priority of the overcomer. Smooth seas do not make skilful sailors. A peaceful quiet life does not create good fighting soldiers. Christians need to be prepared to suffer. To choose to suffer cannot be healthy in and of itself; in fact, to make such a choice must mean that there is something wrong in a person’s life. However, to choose God’s will even if it means deep suffering, is a very different thing. No biblically minded, Christ-like Christian ever chooses suffering. Never!  He or she chooses God’s will, as Jesus did, whether it means suffering or not. Paul chose the will of God. And how much did he suffer for that choice!

In Second Corinthians we have a comprehensive revelation of Paul’s interminable suffering. The letter is filled with insights and revelation as to the whys and wherefores of his ongoing state. Our first brief observation is to see –

THE REVELATION OF SUFFERING FROM PAUL’S GEOGRAPHIC ITINERARY.

Paul clearly links his progression of suffering with the places he visited. He seems to remember places by what sufferings were perpetrated against him there. The whole letter tells of his most recent itinerary over the previous 3 years plus, interwoven with awesomely heavenly insights concerning where he was in God while he was suffering. For analytical purposes he gives us four places, each of which had caused him deep suffering. His character was being denigrated by visiting preachers to the Corinthian church, and the fact that he hadn’t fulfilled a commitment to have been there at the time promised, brought Paul to the place of a needful response. His explanation has details of his sufferings scattered throughout the letter. It is as if he boasts of the sufferings, using them to validate his appointment as an apostle by Christ Himself. He must have realised that while sharing moments in his life that would have brought tears to his eyes each time he recalled them, he was talking to people, some of whom might be laughing, or at least remaining unmoved by his words. Paul was not writing and looking for an emotional, “Poor boy! There! There!” come back at all, but what he shares is incredibly personal. I have heard people who were tortured for Christ decades previous, who still wept as they recalled what they went through. And all this stuff that Paul shares in Second Corinthians was still very recent to him. Paul was dicing with death, and all the Corinthian church could get upset about was the fact that he hadn’t turned up as he promised he would. I cannot see this as anything but excruciatingly painful for the apostle.