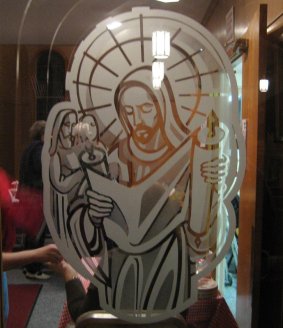 “Do not think that I have come to abolish the Law or the Prophets; I have not come to abolish them but to fulfill them. I tell you the truth, until heaven and earth disappear, not the smallest letter, not the least stroke of a pen, will by any means disappear from the Law until everything is accomplished.” Matthew 5:17-18

Jewish Jesus comes to his own people, who have lived and died by the Law for 1300 years, and begins to teach a profound new understanding of God’s word. Already in his sermon on the mount he has declared that blessedness does not come from a legalistic outward adherence to the Law but from an inner spirit of poverty, brokenness, humbleness, hunger for righteousness, mercy, purity, and peace. Now, before he rewrites their understanding of God’s intent in Moses’ words, he pauses to reassure them of his intentions. He is fully committed to the Law, and he will see that it is fulfilled.

To the various classes of His hearers, who might view such supposed abrogation of the law and the prophets with very different feelings, our Lord’s announcement would, in effect, be such as this–“Ye who tremble at the word of the Lord, fear not that I am going to sweep the foundation from under your feet: Ye restless and revolutionary spirits, hope not that I am going to head any revolutionary movement: And ye who hypocritically affect great reverence for the law and the prophets, pretend not to find anything in My teaching derogatory to God’s living oracles.” I am not come to destroy, but to fulfil–Not to subvert, abrogate, or annul, but to establish the law and the prophets–to unfold them, to embody them in living form, and to enshrine them in the reverence, affection, and character of men, am I come. David Brown, in Jamieson, Fausset, and Brown

Jesus then pulls back the curtain to reveal the spirit of the Law that had been hidden by the Jews’ emphasis on the letter of the Law.

The prophets declared that God’s new covenant would be written on men’s hearts. Jesus filled in the details of the heart-law by showing that the spirit of the Law was more important than the letter of the Law. The inner motive mattered, not the outward show. Even so, Jesus did what no man had done before, by faithfully honoring the spirit of God’s word and perfectly obeying the commands of the Law. He literally fulfilled it by his own sinless life. The Law abides forever as a proven way to satisfy God, but it will frustrate every person who attempts it. Jesus opened the door to a better way.