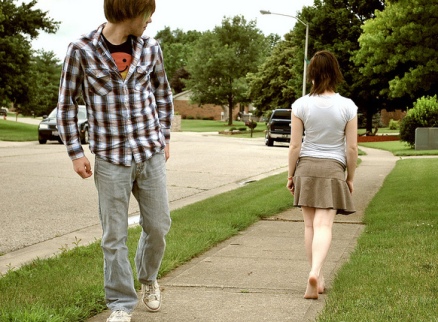 “Sexual sins are no different from other sins, right?”

The people of ancient Corinth were notorious for their sexual promiscuity. The members of the Corinthian church came out of that culture, were surrounded by it, and some of them still practiced it. Paul warned them to avoid sexual sin. He identified unique features that distinguished it from other sins, and told them they must separate themselves from believers who kept on sinning in this way. He meant they should expel the unrepentant church members.

Flee from sexual immorality. All other sins a man commits are outside his body, but he who sins sexually sins against his own body. Do you not know that your body is a temple of the Holy Spirit, who is in you, whom you have received from God? You are not your own; you were bought at a price. Therefore honor God with your body. I Corinthians 6:18-20

Paul warned that those who persist in sexual sin will not enter the kingdom. He said this was true for heterosexual and homosexual sin. In fact, he stressed that all persistent sin, not just sexual sin, was evidence of a lack of saving grace. The regeneration that occurs when a lost person believes in Christ leads to conviction about the wrongness of sin and results in a change in behavior. No change in behavior? Then there has been no regeneration.

Some people rationalize their sexual sin as the unavoidable expression of sexual appetites.  Paul said no to this. Sexual desires don’t justify their immoral fulfillment. People are not animals who have no control over their bodies; we are not to be mastered by our desires. The consequences of satisfying sexual desires immorally cannot be compared to the effects of satisfying a hunger for food. Food was made for the stomach, and the stomach for food, but our bodies were not made for sexual sin. Our bodies were made to glorify God.

The unique nature of sexual sin comes from its effect on the body. Sexual sin unites your body with another, but believers are united with God through Christ in spirit. Our bodies are a temple of the Holy Spirit. How can the holy have this communion with the unholy? The Bible is telling us that there are permanent effects of sexual unions that people treat so casually – effects that may last into eternity.

Paul knew the advantages of the single lifestyle when it came to Christian ministry, but he also knew that sex within marriage protects believers from passions that lead to sin. Therefore, unless a person had the conviction of living as a single person, and had their sexual desires under control, they should marry in order to avoid the temptation to sin by having sex outside marriage.

We need to remember that Paul’s prohibition against fellowship with unrepentant sinners applied to church members only. He did not want Christians to avoid the lost, no matter what their sins were. They needed to hear the Gospel, and therefore Christians needed to remain engaged with them. Only through the power of the Gospel did they have any hope of overcoming their sin.