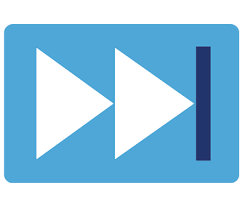 Easter Sunday is only a few days away.

For some it is about bunnies, Easter egg hunts, and lunch (I do confess to a weakness for peeps along with my daughter). And it is one of two days in the year when you can get most people to go to church.

But this day despite elements of traditions that have nothing in common with the reason we celebrate is about much more than any those things. This day reminds us of The Event that changed the destiny of mankind forever.
Before the crucifixion of Jesus on a hill outside Jerusalem, the lot of mankind at best was temporary forgiveness and at worst slavery to sin for which there was no permanent remedy.
All the goats, lambs and bulls sacrificed thousands of times in Israel could not pay the full price demanded for sin or bring lasting deliverance from sin. Jesus through His death on Calvary and resurrection three days later accomplished both.
By His shed blood the sin debt was paid in full once and for all.
He alone “rescued us from the dominion of darkness, allowing God to bring us into the kingdom of the Son he loves, and in Him provided redemption and forgiveness of sins.” Colossians 1:13-14

But we see still, in our time the lingering result of sin and darkness. Nations rising against nations, wars and rumors of war, civil unrest bordering on civil war, oppression and injustice, murder of innocents and violence. There are times when I just want to look away, fast forward through all the bad stuff.
I recently read these words by Dietrich Bonhoeffer written in 1940 as the world stood at the brink of the horror that would be World War II.
“It is not war that first brings death, not war that first invents the pains and torments of human bodies and souls, not war that first unleashes lies, injustice, and violence. It is not war that first makes our existence so utterly precarious and renders human beings powerless, forcing them to watch their desires and plans being thwarted and destroyed by more “exalted powers”. But war makes all of this, which already existed apart from it and before it, vast and unavoidable to us who would gladly prefer to overlook it.”
“Vast and unavoidable to us who would gladly prefer to overlook it.” Sometimes we would prefer to just overlook these troubles and get on with our lives.
But the unpleasant reality of wars and injustice, hunger and poverty, murder and immorality, increasing violence that sooner or later touches us all, makes it unavoidable, impossible to overlook.
In reality our troubles are only an indication, a warning sign of our desperate need for the deliverance, forgiveness, and redemption Jesus came to provide. We we finally face our inability to solve our own problems, we are then able to understand, He alone is able to make things right, first in us and then in all the world.

And then a wonderful thing begins to take place.
Instead of avoiding the war we find purpose to oppose it.

Purpose that inspires courage in the face of danger, hope in the face of despair,
Purpose to proclaim to all who suffer the effects of sin, pain, torment, injustice and violence that deliverance, forgiveness and redemption is available for all who will receive it. Purpose to overcome our indifference and replace it with compassion. Challenging us to go into all the world with Good News.
This is the reason we celebrate Easter.

This we cannot overlook.

“Now at last they were beginning chapter One of the great story no one on earth has read: which goes on forever”. I love this line at the end of the Last Battle by C.S. Lewis. Everyone has a story to tell and ultimately we are all part of a greater story that someday will be revealed in full. “ For now, we can only see a dim and blurry picture of things”. ( 1 Corinthians 13:12). My story is not remarkable, although the events I have had the privilege in my life to witness have been. I grew up in the south “the land of cotton” and the old times there were definitely not forgotten. I remember where I was and what I was doing when JFK and Martin Luther King were murdered in Dallas and in Memphis. I remember the Civil Rights movement, a time of great unrest and change. I remember the dawning of the “Age of Aquarius” in the late 1960’s. It was also the dawning of my love for playing music, a love that has stayed with me throughout my life. If my life were chapters in a book one would tell of my precious bride of 20+ years who endured so much and stood beside me through the good and the bad. One would describe the blessings of being a father and a grandfather. One would tell about how despite being “the wretch” the song sings about God was able to change me, and use me to make a difference in others lives, make me a servant in His church, and surround me with friends all because of His goodness. All part of a story that has had many twists and turns. I think of the words Jimmy Buffet wrote in one of my favorite songs "As a dreamer of dreams and a travelin’ man I have chalked up many a mile Read dozens of books about heroes and crooks And I learned much from both of their styles" And so it is true for me. But in all of my travels and all I have read and experienced nothing compares to where I am headed. The place where my story here ends and the story that goes on forever begins! "" I am confident that He who began a good work in you will carry it on until completion until the day He returns". Philippians 1:6 My hope is that as we all run our race that in some small way my words will encourage and speak to you, as your story is being written. And draw you ever closer to the One who loves you. Further up and further in!
View all posts by HCliffCraig.com →
This entry was posted in A CLICK A BLESSING TODAY, CHRISTIAN NUGGETS, CHRISTIAN TAGALOG BLOGS, CHRISTIAN TEENS BLOGS, SETTLED IN HEAVEN and tagged dietrich bonhoffer, Easter, salvation. Bookmark the permalink.