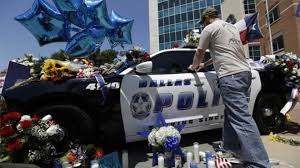 Many reasons are offered sometimes violently as to the cause of the racial tension we are facing in our nation. Most only address the symptoms and the focus on the cause is lost in the emotion of the moment and the rhetoric offered by politicians and professional protestors. I don’t want minimize or disparage the depth of feeling that we get caught up in this experience, but emotions seldom generate understanding or solutions.
To understand the cause of our present trouble we need to examine the source that goes deeper that race or color or history.
Jimmy Buffet wrote in one of his songs that we are “flawed individuals”.

He is right. Our more serious flaws include jealousy, bitterness, pride, hatred, the need to control and dominate others. After suffering under tyrannical British colonial rule the framers of our Constitution wrote these words

“We hold these truths to be self-evident,  that all Men are created equal, that they are endowed by the Creator with certain unalienable rights,  that among these are Life, Liberty, and the pursuit of happiness”….

Sadly that statement of freedom was not a reality for some even as it was being written. In fact some of the framers of this inspired document owned slaves a paradox that would not be remedied until almost 100 years later, paid for in blood on the many fields of battle during the Civil War.

The legal form of slavery was abolished many years ago, but there is a slavery that still exists that is just as binding, that preys  on the darker side of our nature, that seeks through our fallen nature to oppress, through prejudice hatred, and brutality. And into this fallen world, inhabited by fallen beings there is a battle of epic proportions between two very different forces.

One the author and giver of life who indeed created everyone equal and desires to free us from these chains of darkness
The other committed to destruction of everything and everyone He created, and to deny us the freedom He offers. What we are experiencing is more than a racial problem, a skin problem, it is physical manifestation of this spiritual warfare.
Hiding behind these painful, heartbreaking times is an enemy who wants us to believe our problems are our own. Wants us to believe anything is the blame, anything but the real source of our trouble…
Sin

Sin that causes us to stand in opposition to God and war against one another.
Paul explains in Ephesians 6  who our real enemy is by pulling back the curtain on his schemes and how we wage our warfare against him. This is a spiritual struggle that cannot be won with natural weapons. And our greatest weapon is truth.
Truth tells us about an enemy who incites us to destroy one another. Truth tells our greatest need is forgiveness from God and for one another. Truth tells us the song we sang in Sunday School is true

Jesus loves the little children, all the children of the world…..

Truth tells us only that love can overcome all the prejudice, hatred,  pain and injustice. Truth will set us free

“Now at last they were beginning chapter One of the great story no one on earth has read: which goes on forever”. I love this line at the end of the Last Battle by C.S. Lewis. Everyone has a story to tell and ultimately we are all part of a greater story that someday will be revealed in full. “ For now, we can only see a dim and blurry picture of things”. ( 1 Corinthians 13:12). My story is not remarkable, although the events I have had the privilege in my life to witness have been. I grew up in the south “the land of cotton” and the old times there were definitely not forgotten. I remember where I was and what I was doing when JFK and Martin Luther King were murdered in Dallas and in Memphis. I remember the Civil Rights movement, a time of great unrest and change. I remember the dawning of the “Age of Aquarius” in the late 1960’s. It was also the dawning of my love for playing music, a love that has stayed with me throughout my life. If my life were chapters in a book one would tell of my precious bride of 20+ years who endured so much and stood beside me through the good and the bad. One would describe the blessings of being a father and a grandfather. One would tell about how despite being “the wretch” the song sings about God was able to change me, and use me to make a difference in others lives, make me a servant in His church, and surround me with friends all because of His goodness. All part of a story that has had many twists and turns. I think of the words Jimmy Buffet wrote in one of my favorite songs "As a dreamer of dreams and a travelin’ man I have chalked up many a mile Read dozens of books about heroes and crooks And I learned much from both of their styles" And so it is true for me. But in all of my travels and all I have read and experienced nothing compares to where I am headed. The place where my story here ends and the story that goes on forever begins! "" I am confident that He who began a good work in you will carry it on until completion until the day He returns". Philippians 1:6 My hope is that as we all run our race that in some small way my words will encourage and speak to you, as your story is being written. And draw you ever closer to the One who loves you. Further up and further in!
View all posts by HCliffCraig.com →
This entry was posted in A CLICK A BLESSING TODAY, CHRISTIAN TAGALOG BLOGS, CHRISTIAN TEENS BLOGS and tagged Dallas, Darkness, forgiveness, freedom, Martin Luther King, Police. Bookmark the permalink.

1 Response to The Sin Problem