The Curse of Our Day 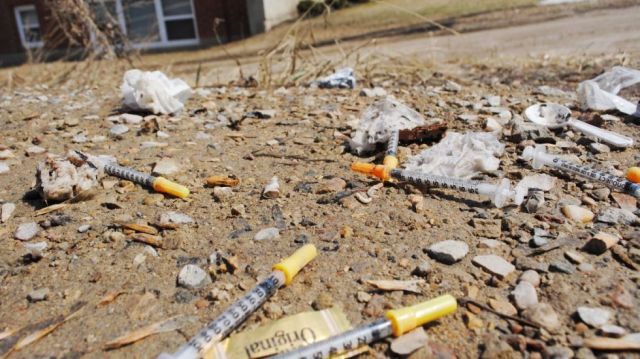 1960 David Wilkerson traveled to New York City after reading about the trial of seven young gang members charged with murder.
He was never able to speak with the young men but after seeing the rampant drug addiction in that city the ministry which would later be called Teen Challenge was born.
Later Wilkerson would say
“Certainly we cannot claim a magical cure for addiction…all we can say is that we have found a power that captures a person more strongly than narcotics but He captures only to liberate.”.

In 2018 we again see widespread drug addiction on a much larger scale and the carnage it brings.

Broken lives, broken families, broken people.
It is not confined to big cities like New York, but is spreading to smaller population centers. Cities like Muncie Indiana, Huntington West Virginia, (where the overdose rate is 10 times the national average), Westminster Md, Sterling CO, Newcomb TN, and closer to where I live, Nixa MO a city of less than 20,000 people. Here five young adults and teenagers were charged with drug related crimes that led to murder.

In the county where I serve as a chaplain for the local Sheriff’s office the majority of those I speak with in the jail are there for drug related crimes.

The destruction and tragedy caused by these drugs, meth, crystal meth, and now heroin cut with fentanyl is almost beyond belief.
The result is death, incarceration, addiction and an increase in crime.
I know very few people myself included who have not had a family member or a friend impacted by this epidemic.

This appears to be an impossible problem to solve.
The sheer numbers far out distance the manpower available to law enforcement to stop the drug trade.
Cities simply do not have the money for resources to treat those who are willing to get help. They are bearing the cost of thousands of uninsured overdose victims and other drug related illnesses, In Tennessee alone over 2 billion was spent on drug related issues in 2017.
Jails and other incarceration faculties are strained to the limit. Overcrowding allows many who should be in jail to be released back onto the streets, where they continue the activities that landed them in jail.
The county jail where I serve designed to house 90 people, currently houses over 130.

Mr. Wilkerson is correct.
There is no magic cure.
But there is a cure.
In the early days of Teen Challenge many of the tools and resources used in drug treatment were not available, or did not yet exist.
Yet Teen Challenge experienced a high rate in addiction recovery, and continues to do so to this day, a 67% success rate compared to 1-15% with other treatment regimens.
Why?
I think the cure is found in this statement from Teen Challenge.
“Teen Challenge decisively rejects the reigning medical model of addictive behavior; its residents fashion a life plan, not a treatment plan.”
If we look at man designed means alone as a solution it is impossible.
But I think Teen Challenge has it right.
More than a medical problem, it is a life problem.
And at its core a spiritual problem.

The spiritual problem is what Jesus came to cure and correct.
It is in the spiritual realm where impossible becomes possible because what is not possible with drug intravention, treatment and man designed solutions is possible with God
Medical treatment is beneficial.
Programs that focus on mental and psychological issues are good steps towards understanding why we become addicted.
But these alone as evidenced by statistics are likely to fail.

We can never overlook the impact of a heart made right with God.
This is where the healing that leads to freedom takes place.
Mr. Wilkerson said it so well many years ago,
“we have found a power that captures a person more strongly than narcotics but He captures only to liberate.”
My prayer for those I know, for those you know, who have been captured by this curse of our day, is they would come to know that power, the freedom and salvation that comes through and is available through Jesus Christ the Savior and Deliverer.
Amen


It is for freedom we have been set free.
Galatians 5:1

“Now at last they were beginning chapter One of the great story no one on earth has read: which goes on forever”. I love this line at the end of the Last Battle by C.S. Lewis. Everyone has a story to tell and ultimately we are all part of a greater story that someday will be revealed in full. “ For now, we can only see a dim and blurry picture of things”. ( 1 Corinthians 13:12). My story is not remarkable, although the events I have had the privilege in my life to witness have been. I grew up in the south “the land of cotton” and the old times there were definitely not forgotten. I remember where I was and what I was doing when JFK and Martin Luther King were murdered in Dallas and in Memphis. I remember the Civil Rights movement, a time of great unrest and change. I remember the dawning of the “Age of Aquarius” in the late 1960’s. It was also the dawning of my love for playing music, a love that has stayed with me throughout my life. If my life were chapters in a book one would tell of my precious bride of 20+ years who endured so much and stood beside me through the good and the bad. One would describe the blessings of being a father and a grandfather. One would tell about how despite being “the wretch” the song sings about God was able to change me, and use me to make a difference in others lives, make me a servant in His church, and surround me with friends all because of His goodness. All part of a story that has had many twists and turns. I think of the words Jimmy Buffet wrote in one of my favorite songs "As a dreamer of dreams and a travelin’ man I have chalked up many a mile Read dozens of books about heroes and crooks And I learned much from both of their styles" And so it is true for me. But in all of my travels and all I have read and experienced nothing compares to where I am headed. The place where my story here ends and the story that goes on forever begins! "" I am confident that He who began a good work in you will carry it on until completion until the day He returns". Philippians 1:6 My hope is that as we all run our race that in some small way my words will encourage and speak to you, as your story is being written. And draw you ever closer to the One who loves you. Further up and further in!
View all posts by HCliffCraig.com →
This entry was posted in A CLICK A BLESSING TODAY, CHRISTIAN TEENS BLOGS and tagged Addiction, freedom, Heroin. Bookmark the permalink.