Let Truth be revealed among and in us we pray. Jesus Christ – the Way, the Truth and the Life. Amen. 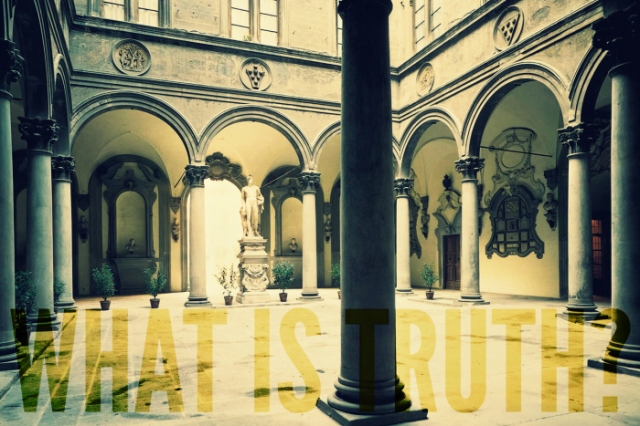 Relate: Breakfast had been ruined. True, it was not the most lavish of meals but I enjoyed having a bit of emmer with honey along with some figs and wine in the cool of the day. Breakfast was my moment of peace before the world interrupts. Today the world interrupted too early. These pesky religious leaders led a band of rioters to my doorstep that I might pronounce judgment on some criminal they managed to catch. These so-called priests are quite fine with criminals running around causing trouble, just so long as they are their criminals. Apparently this guy got on their wrong side. So much for breakfast.

Two guards escorted a man who looked already a bit beaten and disheveled. By appearances, he hadn’t slept and his Jewish captors already have…

Jesus Christ is coming soon
View all posts by ptl2010 →
This entry was posted in A CLICK A BLESSING TODAY. Bookmark the permalink.