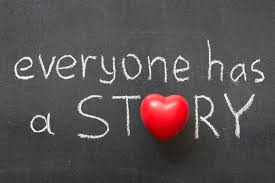 I was not raised in church..

but I remember from a young age having an awareness of God. I attended vacation Bible school like many young children did and many of the Bible verse that are precious to me even now I memorized during those times. It occurred to me this morning that even though I have shared parts of my testimony, I have never written it down. It would take more space that I have to tell it all, but hopefully I have hit the highlights and what I have written might encourage someone.

I was a child of the sixties, the baby boomer generation and was greatly influenced by the culture of that time. I had a natural ability for music which became the main thing in my life and would remain so until the latter part of the 90’s.

My relationship with my dad was strained to say the least. I was rebellious, he went through a period of heavy drinking during this time and at sixteen I left home to live with my aunt.  My life over the next two decades was a series of broken relationships, drugs, alcohol and music.

In 1980 my ex-wife was saved. At that time we were separated and I was living the life of a rock musician in every respect as far away from God as anyone could be.

We started talking not about repairing our relationship but about how her life had changed. And as she shared her salvation experience (at first I wanted nothing to do with it) a stirring in my heart began to take place.

In October of 1980 Danny Womack who remains a good friend to this day prayed with me to receive salvation and the baptism of the Holy Spirit. I was delivered from drugs, alcohol, and tobacco almost immediately. I moved out of the band house I was living in started attending church and for the first time in my life felt real peace and freedom.

The song by Keith Green “Love Broke Through” has always had a special place in my heart. It  describes what I felt then and even now reminds me of God’s ability to show grace and reach us no matter where we are.

How real it seemed,

Until your love broke through.”

My pastor has said “Many think of salvation as a straight line from the day we are saved until we reach heaven. But in reality it’s a journey that has many twists and turns, even wrong directions. But God is faithful to call us back and get us back on the right path.”

If there was ever an accurate description of my journey from that day in 1980 until today that would certainly be accurate.

From being ordained and called into ministry, taking a wrong turn after a failed church planting experience that lasted longer than I like to remember, to the day that I stopped running from myself, my past, my sin and God, and like the Prodigal came home expecting nothing. Until today, God has been faithful and blessed me with more than I ever could ask or imagine.

I gave up music which I loved at the end of my prodigal journey. It was not a conscious thought of “God if I give this up, what do I get in return?”, in fact it was more like a door closing, and another opening. There was a time when I could not imagine not being a musician now it is like a distant dream, almost like someone else lived those times, that life. And God has more than replaced what in reality was an idol and god in my life with so much more.

In 2017 I was approached by a good friend with the Christian County Sheriff’s Office who asked if I had ever thought about being a chaplain. And the rest as it is said, is history.

I began serving as a chaplain in 2017 and continue to serve to the present day.

I have been present in the moments where loved ones have tragically ended their lives. I sat in a room with families when they were told their loved ones did not survive the tragedy that occurred in Branson in 2018. I have listened to law enforcement officers as they talk about the difficulties of their service to our communities and I am amazed and encouraged by their dedication and passion for a sometimes thankless and way underappreciated job. I have experienced the loss, grief and anger they felt when one of their own ended his life. It is an honor to serve all these men and women in their time of grief in some way, and I am aware that without God’s help I have little to offer.

The jail in Christian County is my primary area of responsibility as a chaplain. When I meet with broken men and women whose lives have been destroyed by drugs and many times drug related crimes I can speak into their lives with a certain amount of understanding. “If not for the grace of God” there were many times in my life where I could have ended up where they find themselves. It is this understanding that allows me to offer hope to them that I know is real.

My testimony is not clean and pretty like we sometimes imagine it or want it to be.

But it is real.

I have seen God’s hand in countless ways in many situations in my life, and can only say at the end of it all,

To God be the glory!

“Now at last they were beginning chapter One of the great story no one on earth has read: which goes on forever”. I love this line at the end of the Last Battle by C.S. Lewis. Everyone has a story to tell and ultimately we are all part of a greater story that someday will be revealed in full. “ For now, we can only see a dim and blurry picture of things”. ( 1 Corinthians 13:12). My story is not remarkable, although the events I have had the privilege in my life to witness have been. I grew up in the south “the land of cotton” and the old times there were definitely not forgotten. I remember where I was and what I was doing when JFK and Martin Luther King were murdered in Dallas and in Memphis. I remember the Civil Rights movement, a time of great unrest and change. I remember the dawning of the “Age of Aquarius” in the late 1960’s. It was also the dawning of my love for playing music, a love that has stayed with me throughout my life. If my life were chapters in a book one would tell of my precious bride of 20+ years who endured so much and stood beside me through the good and the bad. One would describe the blessings of being a father and a grandfather. One would tell about how despite being “the wretch” the song sings about God was able to change me, and use me to make a difference in others lives, make me a servant in His church, and surround me with friends all because of His goodness. All part of a story that has had many twists and turns. I think of the words Jimmy Buffet wrote in one of my favorite songs "As a dreamer of dreams and a travelin’ man I have chalked up many a mile Read dozens of books about heroes and crooks And I learned much from both of their styles" And so it is true for me. But in all of my travels and all I have read and experienced nothing compares to where I am headed. The place where my story here ends and the story that goes on forever begins! "" I am confident that He who began a good work in you will carry it on until completion until the day He returns". Philippians 1:6 My hope is that as we all run our race that in some small way my words will encourage and speak to you, as your story is being written. And draw you ever closer to the One who loves you. Further up and further in!
View all posts by HCliffCraig.com →
This entry was posted in A CLICK A BLESSING TODAY, CHRISTIAN TEENS BLOGS, WONDERFUL WORDS OF LIFE and tagged prodigal, saved, testimony. Bookmark the permalink.